The startup of this company was in 2005 following the liberalization of the sector and acted upon strong market demand for a considerable improvement in the quality and cost effectiveness of local ground handling services.

Aviaserve Ltd (previously operating as GlobeGround Malta under a use of name agreement) truly expanded its operation in 2006 when low cost carriers started flying to Malta and the company succeeded in contracting Ryanair and eventually Easy jet, in addition to Transavia and Veuling thereby establishing strong foothold in what turned out to be the fastest growing market segment locally. Its growth was further consolidated one year later when Emirates appointed Aviaserve as their local handling agent and three years later Lufthansa followed on.

In this sector other companies, namely Aviaworks Ltd also operate as cargo handlers and is equipped to handle virtually any type of airfreight ranging from highly perishable cargo to super-sized cargo on specialized freighters. 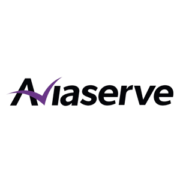